LAKE TAHOE YOGA SCHOOL
Discover Your Self Through Yoga

Our instructors are highly qualified to teach in the Raja-Hatha style and live in Tahoe year-round.  They are aware of the variety of practitioners that visit the studio and are ready to help you learn to be the best instructor you can be. 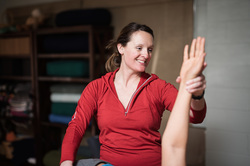 Jenay has been practicing Yoga since 2000.  She has taken classes in Svarupa, Ashtanga, Anusara, Vinyasa, Iyengar, Kripalu and Bikram.  Jenay received her 200hr certification in Rajahatha Yoga  in 2005.   In 2012 she completed her 500hr certification through The Rajahatha School of Yoga and holds both a B.S. in Psychology and an M.S. in Counseling.

The 200hr Lake Tahoe Yoga Teacher Training is built upon the philosophies of Svadhyaya and Rajahatha Yoga.  Jenay's goal is to teach new teachers how to incorporate the Tahoe lifestyle and enjoyment of the outdoors into their personal practice as well as teaching style. 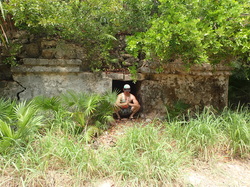 While living in Boston and then New York, he practiced out-patient treatment supporting clientele who suffered from injuries ranging from tennis elbow to knee and shoulder surgeries.

As a traveling PT in New York and Connecticut he began in in-patient treatment, working in hospitals and supported living facilities.  Brian currently works at Barton Hospital in their Home Health and Hospice facility.

Except as permitted by the copyright law applicable to you, you may not reproduce or communicate any of the content on this website, including files downloadable from this website, without the permission of the copyright owner.
The US Copyright Act allows certain uses of content from the internet without the copyright owner’s permission. This includes uses by educational institutions and by Commonwealth and State governments, provided fair compensation is paid. For more information, see https://www.copyright.gov/title17/title17.pdf.
The owners of copyright in the content on this website may receive compensation for the use of their content by educational institutions and governments, including from licensing schemes managed by Copyright Agency.
We may change these terms of use from time to time. Check before re-using any content from this website.